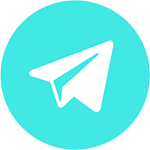 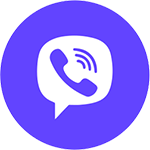 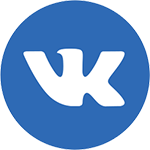 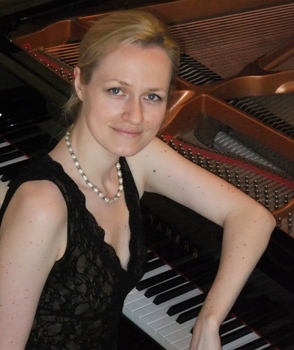 Tatiana Gorbunova is a wonderful and very talented contemporary pianist and composer and a proponent of the traditions of the internationally recognized Russian piano school. She not only follows these traditions, but also she continues to develop and enrich them. A distinctive feature of Tatiana’s creative nature is the combination of bright originality, musical intuition and large-scale compositional analysis, all of which go far beyond the more usual contemporary world of the piano. Tatiana is able perfectly to create original concert programs of unmatched depth and complexity. Her performance is differentiated by its rare spirituality and originality and its honed sense of style, combined with the improvisational freedom of interpretation, depth of understanding and precise embodiment of the composer’s ability to captivate the audience.

Tatiana was born in Krasnodar, southern Russia, on 12th of May 1979 ,into a family of Russian intellectuals (high-tech engineers). Even as a 4-year old she was noticed by music teachers for her extraordinary musical abilities. Her debut performance at the age of 5 was a notable success and this success continued throughout her childhood. She took part in master-classes with professors of Moscow State Conservatory A. Skavronsky and M. Fedorova, performed concerts at halls of The Kuban State Philharmonic, won prizes in music competitions as a pianist and composer: 1989 — Composers Competition – 1st prize (Krasnodar), 1990 — Piano Competition– 1st prize, 1990 — Competition of Composers-performers – 1st prize (Goryachy Kljuch), 1991 — Tchaikovsky Competition for young pianists of South of Russia– 1st prize. Even while she was a pupil in the School of Music from 1986 to 1993, some of her works were performed in concerts, not only by herself as composer, but also by other performers alongside the works of the great classical composers: “Prelude after Bach”, Nocturne “The morning”, “Waltz for two piano”, Cycle of Songs, etc. and her passion for music dominates her whole life.

In 1994, having passed the college entrance exams with ease, Tatiana became a student in The Krasnodar Higher College of Music named after Rimsky-Korsakov and continued her artistic career. Her outstanding tutors at that time were Alexandr and Elena Tchaiko, whose piano lineage can be traced back to the founders and the brightest representatives of the Great Russian piano school: Oleg Boshnyakovich, Maria Gambaryan, Konstantin Igumnov, Heinrich Neuhaus and the famous Russian piano teacher Nikolay Zverev, who taught Sergey Rachmaninov and Alexandr Skryabin, and who was a pupil of Piotr Tchaikovsky!

From 1994 to 1999, Tatiana gave a series of recitals throughout Russia (Krasnodar, Maikop, Novorossiysk, Rostov on Don, etc), playing at a young age the most complex works of foreign and Russian composers, requiring not only brilliant virtuosity, but also the maturity of an experienced performer, displaying her breadth of musical thinking and impeccable sense of music style: for example, the late Beethoven’s sonatas, Shostakovich’s Sonatas and Preludes and Fugues, Sonatas by Scriabin, Chopin’s Ballades, Nocturnes, Polonaises, Fantasia, Impromptus, Waltzes etc. Also during her years in college, Tatiana won several piano competitions as a solo pianist- performer and as a chamber musician and accompanist: 1997 – South Russia Piano Competition – 2nd Prize (Rostov on Don), 1998 – International Competition of Chamber Music – 1st Prize (Rostov on Don), 1999 – International Competition of Young Pianist – 2nd Prize (Krasnodar), 1998 — Competition for The Best Performer of Contemporary Music – Grand Prix (Krasnodar), etc.

Whilst at the College of Music, Tatiana became the first performer of works by contemporary Russian composers, performing them at the Kuban State Philharmonic Hall and other concert halls and receiving high praise and recognition by the composers. She won also the scholarship of the Russian State Grants as an outstanding student from 1995 — 1999. She participatesd repeatedly in master-classes with the renowned German researcher and performer of Bach’s music, Professor of Saarbrücken University of Music Walter Blankenheim, and received an invitation to study in Germany. Also, she participated in concerts of the famous International Fund for gifted children and youth «New Names».

After graduating from Music College with honors, several leading conservatories in Russia simultaneously invited Tatiana to continue her education with them. These included the Rostov State Conservatory and St. Petersburg State Conservatory and also the Saar University of Music, Germany. However, she decided to continue her studies at Moscow State Tchaikovsky Conservatory, which she entered in 1999 in the class of Professor, People’s Artist of USSR, Margarita Fedorova, who was a pupil of famous Heinrich Neuhaus, outstanding performer of Skriabin works, the laureate of the first Bach Competition in Leipzig, the person referred to by UNESCO as “an outstanding intellectual of the 20th Century”.

During her years of study at Moscow State Tchaikovsky Conservatory, Tatiana continued her touring in Russia and abroad, performing in different concerts, including recitals as well as joint concerts with honored artists of Russia and other countries.

At that time, Tatiana was given excellent reviews by outstanding musicians, masters of Russian musical performing art, including V.Gornostaeva, L. Naumov, A. Sakharov, A.Sevidov, G.Shirinskaya, N.Solonovich and others, for her performances of less well-known and rarely performed works, such as: “4th Piano concerto” by S.Rachmaninoff, “Grand Sonata” by Tchaikovsky, Brahms’ Sonata №2, D.Scarlatti’s sonatas , as well as such major cycles as: Chopin’s “24 Preludes”, Brahms’ “Variations and Fugue on a Theme by Handel”, “Kreisleriana” by Schumann, Bach’s “French Overture”, Beethoven’s Late Sonatas, Etudes, Sonatas and Poems by Scriabin, etc.

Graduating from the Conservatory with a first-class diploma with honors in 2004, Tatiana was invited by her professor to continue in post-graduate school. Since her graduation, Tatiana has given, and continues to give, recitals. playing exciting programs with different orchestras, soloists and singers, among which is a series of concerts of Russian and foreign music in European Union (Austria, Spain -2005 — 2006 years), in Great Britain (London, Manchester 2012), a series of concerts in the halls of world conservatories and Higher Schools of Music (Moscow, Rostov on Don, Kuban, Bishkek, Madrid), concerts with the International Fund for Gifted Children and Youth «New Names”, International Festivals, concerts with the Bangkok Symphony Orchestra, the Kuban Symphony Orchestra, Moscow Orchestra, Russian Symphony Orchestra, programs with soloists of “Virtuosos of Moscow Orchestra”, “Soloists of Moscow” Orchestra, concerts with leading soloists of Philharmonic (Moscow Philharmonic, Bishkek Philharmonic, Kuban Philharmonic, Philharmonic of Alma-Ata…) and world opera singers (soloists of Bolshoi Theatre, Prague Opera Theatre, Mariinsky Theatre, Vienna Opera Theatre, Lyon Opera Theatre).

Tatiana repeatedly receives invitations from senior representatives of different countries to perform concert programs: in 2004 — from the first lady of Kyrgyzstan, where she performed concerts in Bishkek Concert Hall and Philharmonic, Issyk-Kul National Theatre, and became a special guest of the international Classical Music Festival «Stars of the Issyk-Kul”; in 2006 — from the Belorussian Embassy in Vienna, where she performed the special concert at the Imperial Palace “Pallavicini” during the celebration of Belorussian Independence Day; in 2010 from the Russian Embassy in the Union of Myanmar; in 2011 from the Embassy of Russia in Bangkok to perform concerts during the celebration in honor of the anniversary of the King of Thailand.

Since 1999, along with her solo career, Tatiana has been actively teaching. In 2007 she became Leading Teacher and Chief Methodologist of the institution with an enrollment of different musical disciplines – IAMA “Viva Harmony”. Teachers of this institution are leading soloists of the Russian opera and Professors of Moscow Conservatory and other leading musical universities in Moscow and around the world: V.Korchinskaya-Kogan, K.Khachaturyan, V.Korshunov, G.Boyko, Oxana Gorchakovskaya, V. Sverdlov-Ashkenazi… etc. Tatiana acts as mentor to them, endeavoring to instill a feeling for the true nature of music education. This overview of the performing arts contributes to the broader understanding of a composer’s ideas and the art of performance.

Tatiana is intimately engaged in outreach activities, popularizing classical music and innovative methods of musical education throughout the world. She conducts her master-classes, lectures and seminars in Russia (Moscow, Krasnodar) and abroad (Spain, Great Britain). She has written many articles about intensive methods of music teaching and learning. Russian television has made several documentaries about Tatiana and her teaching methods, including “The Time Has Come” (2008), “With Song of Life” (2010), etc.

This year (2011-2012) Tatiana is busy with recording her solo CD albums and also chamber and vocal music albums, but at the same time she continues to give performances and conduct her master-classes. Her concert programs always demonstrate her originality and amazing artistry. Her outstanding abilities enable her to perform a totally different repertoire at the highest artistic level, which only few contemporary pianists are able to play equally well: for example, main works by Bach and Scriabin, Beethoven and Chopin, Ravel and Myaskovsky, Mozart and Rachmaninov, Tchaikovsky and Schnittke…

“And during today and tomorrow evening concerts Tatiana will perform two absolutely different concert programs. It is amazing and wonderful at the same time!”

“Surprisingly the young pianist performed such different and complex programs two evenings in a row!”

“This concert — a unique event in the city’s cultural life, a gift to our city to its anniversary. The pianist struck by the incredible plasticity of the playing and excellent finger-touching! The audience warmly greeted the performer…”

“Music abilities of Tatiana appeared in early childhood, she comprehended with equal ease as the performing arts and visual arts as the sciences and humanities. She constantly took part in contests and competitions in different subjects, where each time took the prize. Being the best music college student, Tatiana at a young age playing solo concerts with programs, which are characteristic for mature musicians … Extremely melodious and warm sound of her piano, the depth of penetration into the essence of music, give the listener a feeling of catharsis … Her performing art resembles the art of pioneers of the Russian piano school and their first followers …”

M. Fyodorova about Tatiana Gorbunova: «…Tatiana is one of the most exciting (gifted, talented) pianists of our time, she performs equally well as the works of major forms and miniatures. Her piano playing is rich with subtle nuances and variety of timbres. And her excellent possession of a piano sound , a great sense of form and very expressive (emotional) playing drags listeners into the wonderful world of musical images and ideas. Tatiana’s performances distinguish in its maturity, which is not typical for her age…”

“Tatiana has a phenomenon memory, which allows her to learn quickly and then to play widescale canvases (compositions) and cycles” Tatiana performs very well (subtly) works by two of the most difficult composers, in my opinion, — Mozart and Chopin. Generally, she is an “omnivorous” pianist who played well as works by Russian composers (Scriabin, Rachmaninoff, Tchaikovsky, etc.) as well as foreign, as ancient and most modern music, because she feels the style and the internal rhythm of each epoch.”

L. Naumov about Tatiana Gorbunova’s performance of “Piano Concert № 4” by S. Rachmaninov: “Amazing performance: very wise and masterful, I have no words to say anymore…”

…about “Piano concert №4” by Rachmaninov: “What a wonderful virtuoso (masterly) fingers!…”

V. Gornostaeva (about Bach’s “French Overture” and “Songs” by Shubert-Liszt): “I like Tatiana’s playing Bach and Shubert-Liszt. She understand it very deep, she really have what to say to the world…”

V.Chachava: “ Very talented pianist-girl. I listen to her playing with great pleasure”

V.Merzhanov about Shubert’s Sonata: “ What a pauses!…”

A.Sakharov and A. Sevidov about 28th Beethoven’s Sonata: “For any pianist this Sonata by Beethoven is very difficult for playing… And it is absolutely impossible to play the very beginning of it. But Tatiana does it really amazing. But how she does it, we don’t know!”

About Tchaikovsky performance: “It was simply and very deep at the same time”

Prof.Mezhlumov about her teaching talent:”She understand clearly how to teach yourself play piano, that’s why she is able to teach any pupil”